It has become something of a reflex action on the part of sections of the media and interested commentators to pronounce the personal insolvency regime as stillborn. Further evidence of this, the detractors would contest, arrived in the form of the second set of quarterly figures released by the Insolvency Services of Ireland this week.

On the face of things, the detractors would appear to have a case. There were just 386 new applications for one or other of the three schemes on offer for the quarter to end-June, bringing the total since launch of the ISI last summer to 850. 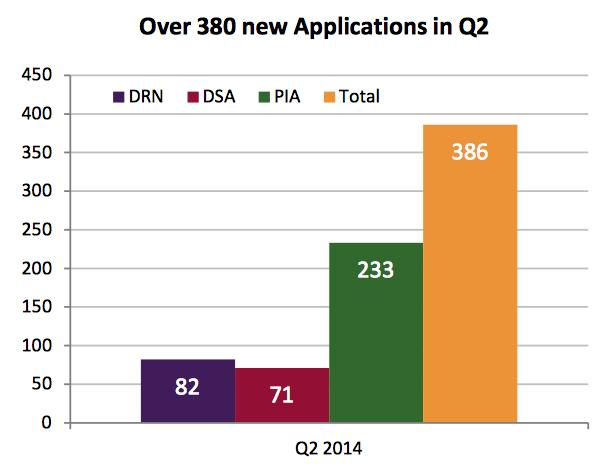 But while this figure seems at best modest (set in the context of some 132,000 private dwelling houses and 39,000 buy-to-let properties in arrears at the end of March) the growth rate in applications is encouraging.

In fact there was a threefold increase in the number of Protective Certificates and insolvency arrangements agreed compared to Q1. According to the ISI there was an overall acceptance rate of 74% by creditors for DSA and PIA solutions. 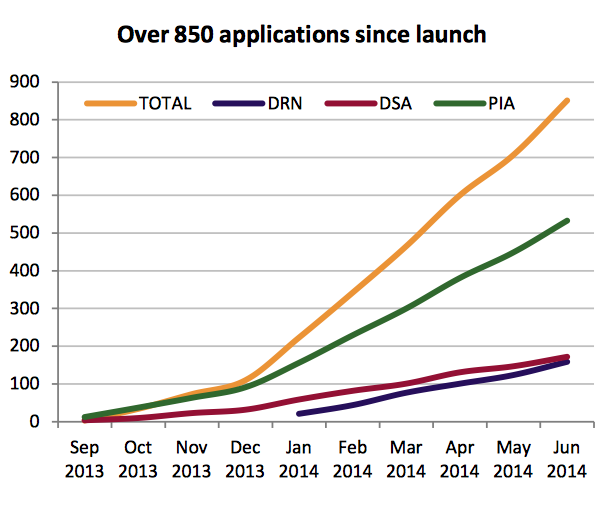 “Although the numbers have been low to begin with, they are increasing every month and the trend is moving in the right direction as people become more comfortable with the suite of ISI debt solutions,” said ISI Chief Executive, Lorcan O’Connor. And clearly the rate of increase in demand is exponential.

Aside from these figures, anecdotal evidence is that there is something of a dam-burst waiting to happen in the world of personal insolvency. If and when this happens it will be the result of a number of factors.

First, there is erosion of stigma that has traditionally attached to bankruptcy and insolvency.

Second – and helped by an ISI information campaign that will begin after the summer – there will be greater public awareness of what the schemes can offer. In this respect, Mr O’Connor promises to deliver a powerful message that is simply not understood by many individuals suffering unnecessarily: “The new information campaign in an effort to reach out to those struggling with debt and make it clear to them that there is a solution for everyone.”

This solution is not painless, but it is a promise to return to solvency. Ironically, PIPs report consistently that many of those first presenting themselves for help are astonished – not to say emotional – to find that under the provisions of the schemes that will be allowed Reasonable Living Expenses, including amounts for social inclusion, well in excess of what they have for some time been allowing themselves.

Third, there are literally thousands of individuals who have for perhaps five years or more kept the wolf from the door through remarkable ingenuity, the kindness of others, and a degree of forbearance from their creditors, all of which may well be coming from an end.

In this respect the paper issued last week by the Central Bank on interest-only mortgages in Ireland which found that “a significant number” of buy-to-let, interest-only mortgages are due to revert to principal-and-interest repayments in the next two years. According to the Central Bank, “The resulting higher repayments for these borrowers could lead to an increase in mortgage arrears.”

Ironically, many in these circumstances, particularly in the Dublin region, will have been encouraged by the surge in property prices there over the past year.

But while they can take comfort in knowing that their levels of negative equity are being eroded, the fundamental problem of inability to service capital and interest repayments remains – something totally divorced from the underlying property value. And, ironically, any increase in the value of the property makes creditors more rather than less likely to foreclose.

Another reason to predict that the defenders of the insolvency regime will be proved correct in time.

BLACKSHEEP MARKETING LIMITED
Resolved 10/07/21 that the above named company be ...
Read More